Healthy Teen Network » Under The Currents » What is Endometriosis?

Endometriosis, often referred to as “endo,” is a common health problem that can affect anyone with a uterus. The name comes from the word endometrium, which is the tissue that normally lines the uterus and sheds during a period. Endometriosis happens when this tissue grows outside of the uterus and on other areas in the body where it doesn’t belong. Unfortunately, even though it is a common disease, it is often misunderstood. Sometimes an endometriosis diagnosis takes on average ten years from when the first symptoms present.

According to the Office on Women’s Health, this disease affects over 11% of women as well as transgender, non-binary, and gender non-conforming people between the ages of 15-44. Some of the symptoms of endo include painful periods, fatigue, bloating, heavy bleeding, painful bowel movements, painful urination, and diarrhea and constipation during menstruation. Often teens who are experiencing symptoms are misdiagnosed or undiagnosed because their concerns are not taken seriously. The belief that pain during a period is “normal” contributes to the problem. However, this pain is debilitating enough for teens to miss school and leave them unable, at times, to participate in normal activities. This affects their education and their entire lives. 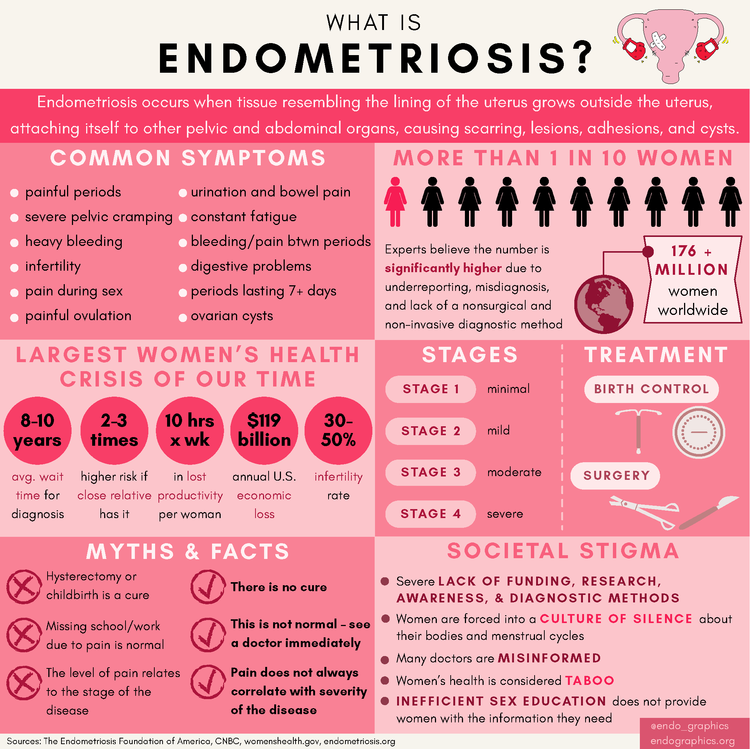 March is Endometriosis Awareness Month; browse through these resources below to raise your own awareness of the disease and help teens advocate for their own reproductive health.